The Symbols of Protest: Making Positive Futures with the Everyday 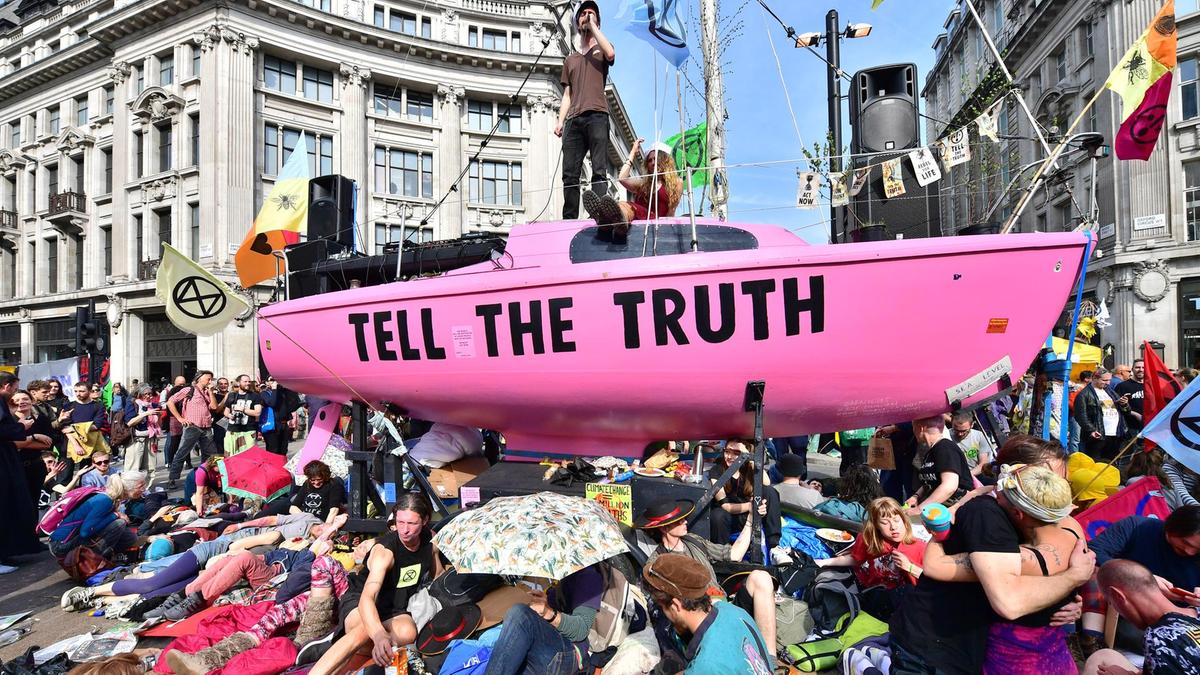 The symbols of protest in the 20th Century are etched into popular culture. Bodies strewn across a race course, a flower in the barrel of a gun, a fist raised in defiance, a solitary figure standing strong in the face of power. We are alive with vicarious righteousness when we see brave and impassioned people facing power – an expression of opposition through action.

But the nature of what we’re facing is changing. The issues that we choose to protest are at once increasingly universal and ever more partisan, but what is clear is that the desire to stand up and be heard is becoming more commonplace and that some sense of injustice is felt by all.

As a cry for change increasingly becomes part of the everyday, so too do the symbols. Space Doctor Harry Kinnear decodes the mundane symbols that have become charged with meaning as we turn to the familiar to subvert and attack the systemic stasis that threatens our futures.

The use of everyday objects in protest draws on a Dadaist tradition of deconstructing power through appropriating seemingly meaningless objects and giving them meaning. The quotidian nature of the objects elevates their significance as they are contrasted with the sophisticated and purposeful power of that which they oppose. The growth of knitting activism, with its associations with gentle hobbyists, creates power through contrast and satire, evolving, via yarn bombing, into the defining symbol of the largest protest in US history – the Women’s March in 2017 and the Pussy Hat. Creating incongruity with the everyday, such as Extinction Rebellion’s boat (The Berta Cáceres) in Oxford Circus, takes objects that lack distinctive meaning in one context and makes them unavoidably attention grabbing in another. 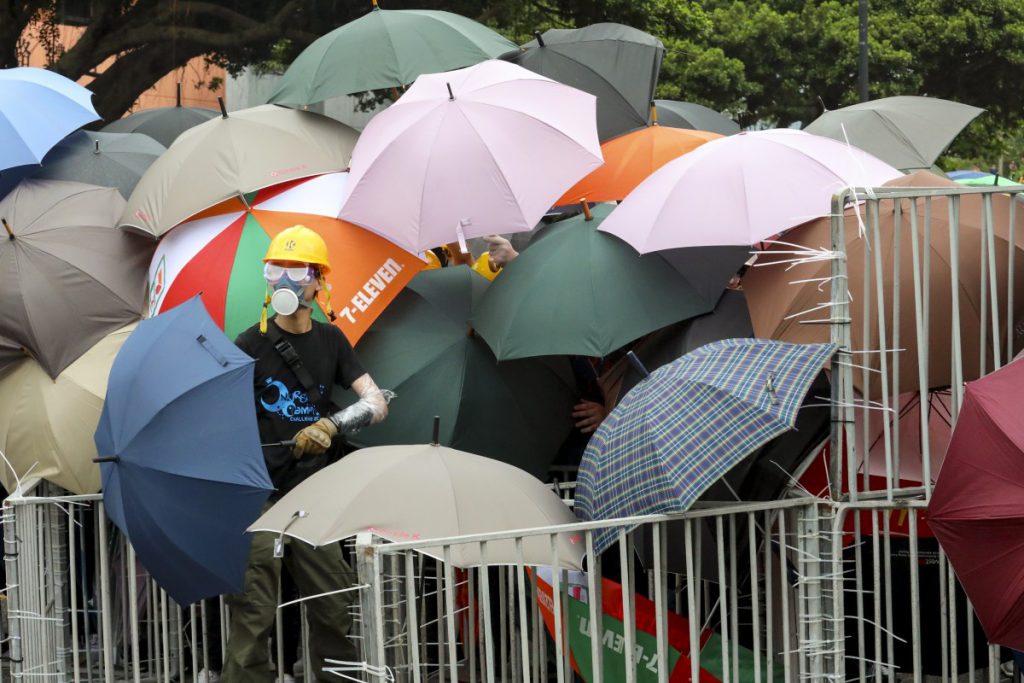 Perhaps the most potent symbol of the everyday is the use of umbrellas in Hong Kong protests since 2014. Protection from rain becomes protection from the state, co-opted as defence from tear gas, rubber bullets, identification and assault. The use of metal rice bowls (with their associations with the state gifted job security to loyal cadres in mainland China during Mao’s rule known as 铁饭碗 Iron Rice Bowl) to smother teargas cannisters or clingfilm to cover exposed skin from pepper spray bring domestic objects onto the front line and remind us of the power of these everyday objects as both practical things and powerful symbols. 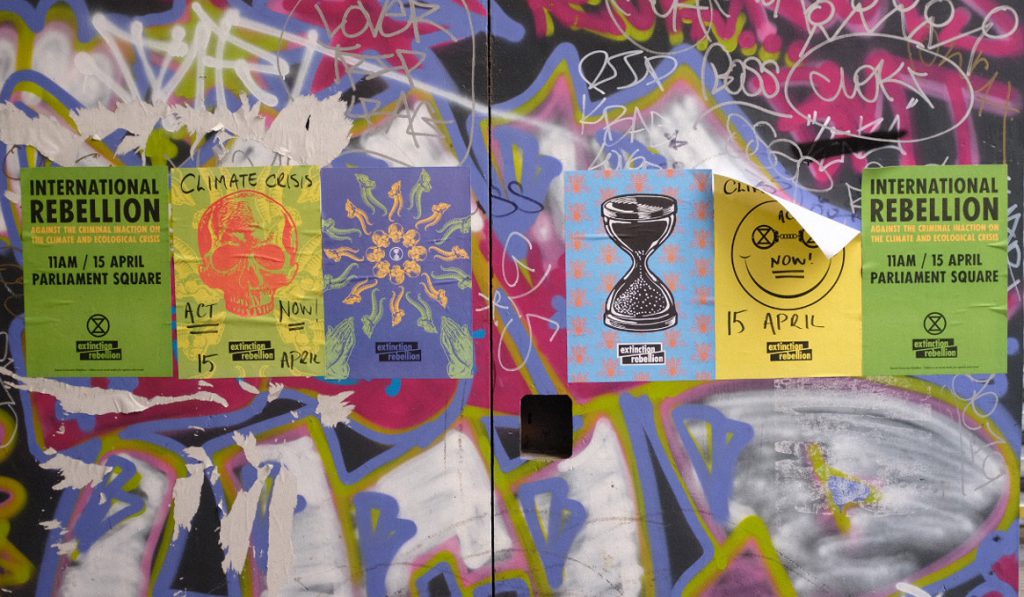 A key driver of this new approach to protest is the consistently anonymous and accessible nature of protest movements. Both Extinction Rebellion and the Hong Kong protests lack clear leaders, are self organising, have flat hierarchies and are open for anyone to join with little need for qualifying factors – a move away from a more vocational, activist model of the past. In order to facilitate this movement, protest and its capital are open sourced, belong to everyone and are easily accessible. Extinction Rebellion’s materials are open access and easily shareable by all, the Hong Kong protesters are organised via anonymous social media groups, sharing resources, advice and information vital to effective assembly. In this way, both organisations lack a centre of gravity and are, instead, a collection of organic groups – liberated from the limitation of a vocational, activist core. The informational know how and symbols (and causes) of protest have never been more available to everyone, never more inclusive.

A new paradigm, in which everyone is both close to the issues of the day and is easily able to protest, allows for a new swathe of symbols to be taken up and imbued with meaning. Now we are increasingly able (and expected) to embody protest in the everyday – in the food we buy, the clothes we wear, the way we travel, the cleaning products we use; every category provides opportunity for mini acts of protest allowing us to dissent in the bathroom, on the streets, at work, on our bodies and, well, anywhere. 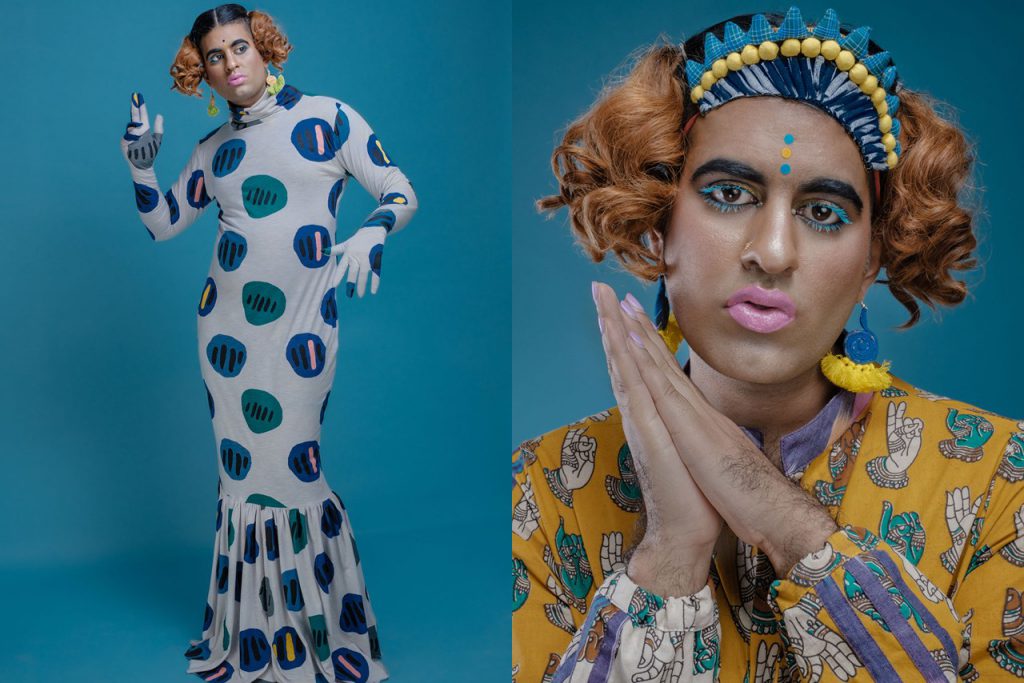 Our embodied existence and how we choose to consume is itself an act of protest. Heroes like Alok V Menon challenge the hegemony with their authenticity – using their clothes and their identity to not only satisfy their right to express themselves how they wish, but also to defy and change the structures that resist that right.

Oatly campaign to get CO2 emissions on food packaging and have become an enabler of plant-based diets for millions; Loop is a circular shopping platform that allows people to reject plastic in their packaging. All these products give us opportunity to resist and make our own futures, like Alok V Menon; at least within our own personal spheres. Ironically, perhaps, the ability to change the structures of society is more effective via the consumerist route – you only have to look at the explosion of plant-based meat alternatives to see how the biggest food companies are changing to cater for consumer-driven demand.

The proliferation of protest has created a cultural context in which the everyday becomes an opportunity to resist. In response to the glacial pace of change from systems that seem increasingly anachronistic to the prevailing culture, people are exerting their agency over their personal spheres; embodying the change they wish to see in the world through the symbols of protest they choose to use, wear and create. Brands and organisations have a powerful opportunity within this to act as facilitators or even accelerators of change by seeking to meet consumer demand through progressive internal and external policies and product innovations.

In this context, protest has never been more accessible, nor has it before held such potential for tangible, everyday change.