Life on earth has been anything but easy these past couple of years, and as the recent IPCC report makes clear, unless humankind takes rapid and concerted action soon things are only going to get harder.

Amongst the doom, in a surreal turn of events, billionaires appear to be turning their backs on their own contributions to the mess and focussing instead on visiting, populating and advertising in outer space. But with our home planet’s future looking so bleak, can we blame them for looking to the stars? Well, according to Future Farm’s new culturally critical ad campaign — yes, yes we can.

As reported in Campaign last week and on the brand’s Instagram channel, the plant-based meat alternative brand’s campaign began life in East London as a bold, unbranded mural. ‘Done with Earth? Mars Awaits’, it said, promising an exciting, alternative future. But, designed with a purposefully retro, Starship Troopers-esque aesthetic, this ‘planet-b’ prospect was framed as an outdated, overly-theatrical idea of what progress really means.

So, if real innovation isn’t rocket ships and sci-fi sensationalism, what is it? Enter — phase two of the campaign, which sees the mural graffitied with activist text and symbols that transform the message to say: ‘F*ck Mars. The Future is Earth. The Future is Plant-Based.’ 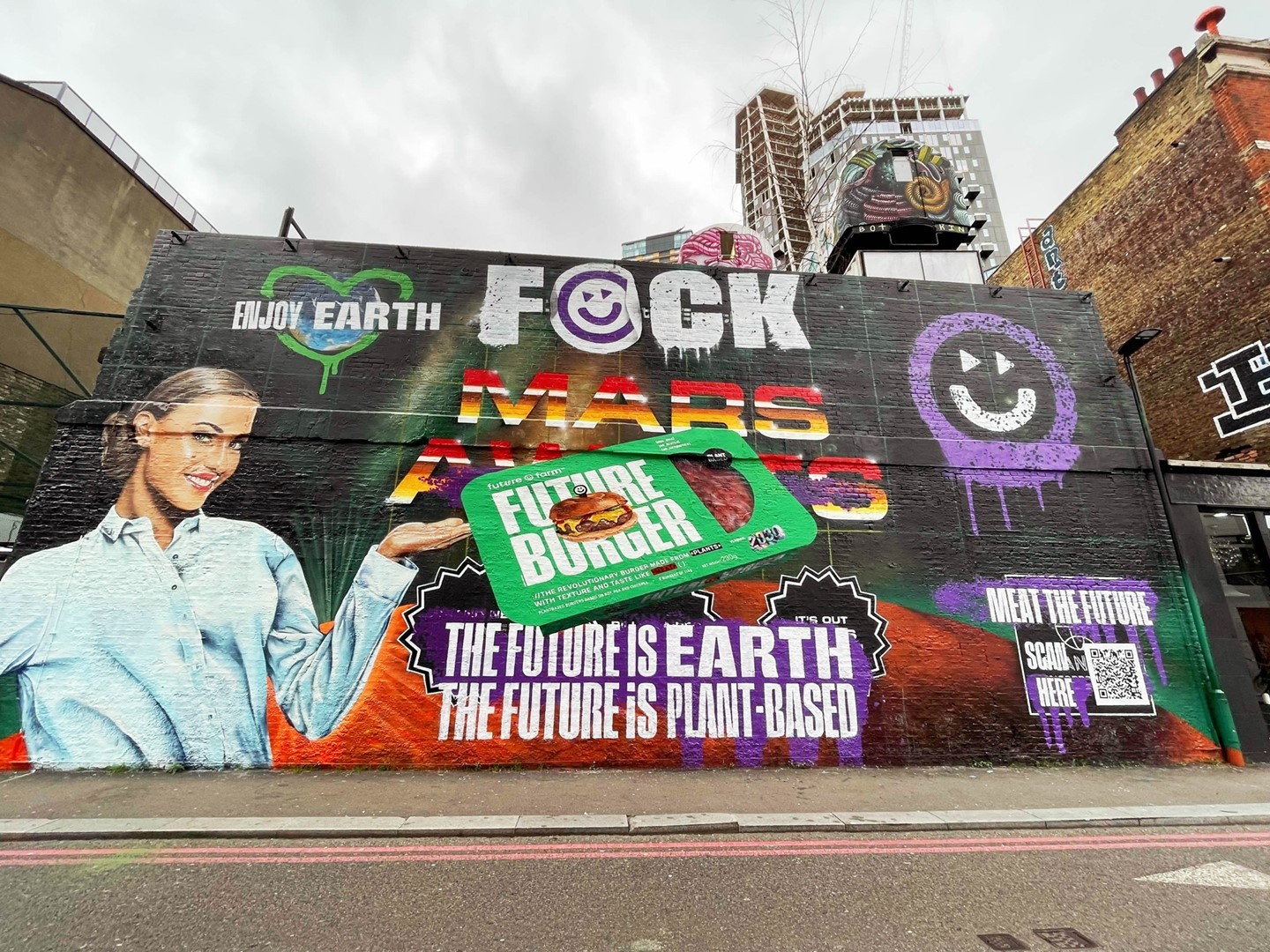 Borrowing from a tech-led colour palette of vivid purples, yellows, and reds, the coding rejects traditionally natural and leafy semiotics of sustainability. Instead, the visual language of veganism is shifted into the future towards feelings of urgency and excitement.

The anarchist cues bring us (quite literally) back down-to-earth, while the centralised image of the product itself balances this rallying mission to save the planet with the offering of a material, pro-pleasure solution.

Selling that achievable balance is what great sustainable storytelling is all about. What really matters is making regenerative options more accessible and appealing so that earth can be enjoyed for longer. And connecting with culture through a pro-planet and pro-pleasure stance on progress is exactly how we get there.

Besides, rich blokes in their rockets are just old news for those of us really invested in extraplanetary advances. Especially when NASA’s soon-to-launch James Webb Space Telescope is about to provide a look back 13 billion years, for goodness sake.